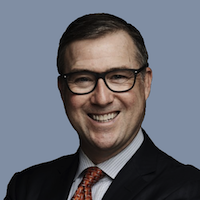 Chris Colvin has worked as an Intellectual Property litigator for over 25 years, delivering outstanding results for companies of every size in all types of IP cases, including patent, copyright, trademark, trade secret and false advertising disputes. Prior to joining Leichtman Law in 2021, Mr. Colvin worked with a number leading law firms and companies, including as an IP Partner in an AmLaw 100 law firm and as an in-house IP attorney with a Fortune 100 legal department.

Mr. Colvin joined Leichtman Law because he admired the firm’s commitment to making our client’s business objectives our number one priority and always seeking to deploy our available human and technological resources to help our clients achieve those objectives as efficiently and effectively as possible.

Founding Member, Association of Amicus Counsel — an organization of attorneys who are committed to serving the public interest through training, scholarship, and outstanding advocacy in the field of amicus curiae practice.

Mr. Colvin has successfully handled dozens of IP litigation matters, resulting in victories or favorable settlements for his clients. For example, Mr. Colvin:

Panelist, ABA IP Section: NPE-Related Actions at the USPTO and in Litigation (December 2016)

A Modest Proposal for Law Partners: Go In-House — At Least Temporarily, In The House Insights (November 2016)

The Truth is Out There: Five Key Points on Willfulness Under the Lanham Act, Atlantic Coast In-House (May 2008)

Be Aware and Take Action on Your IP Rights, Furniture Today (March 2007)

Hatch-Waxman and its Implications for Pharmaceutical Research, IAM Magazine (Feb 2006)