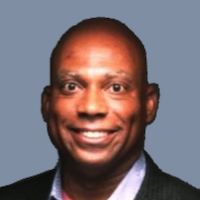 Matthew McFarlane works in cutting-edge areas where law and science are both continuously breaking new ground, Matthew McFarlane brings exceptional scientific knowledge and legal experience to a practice focused on intellectual property, and patent litigation, representing a diverse client base that includes companies and individuals in the medical, biotechnology, pharmaceutical and chemical technology areas. He is a recognized authority on the emerging face of intellectual property issues, and is frequently quoted in major legal and business periodicals.

In addition to his JD from Fordham University Law School, Mr. McFarlane graduated with honors in Biochemistry from Brown University and subsequently earned a PhD in Molecular & Cellular Physiology from Stanford University School of Medicine. Over the course of his academic career, he authored several scientific publications and received research fellowships from the National Institutes of Health, the Ford Foundation and the American Heart Association.

Counsel in obtaining summary judgment of non-infringement for General Electric in the defense of a patent litigation lawsuit brought by a former GE employee in the United States District Court for the Northern District of Illinois. Technology relates to computer numerical controlled milling machines.

Promega Corporation v. Applied Biosystems, LLC, Life Technologies Corporation, and California Institute of Technology: Judge Richard A. Posner ruled in favor of our client, Promega Corporation, in a suit that it initiated against one of its competitors. In an opinion dated June 12, 2013 from the U.S. District Court for the Northern District of Illinois, Judge Posner ruled that certain claims of U.S. Patent No. RE43,096, asserted against Promega, are invalid. Promega prevailed in its arguments that the claims of the ’096 patent were invalid due to the breadth of the claim constructions that Defendants sought and obtained. Certain asserted claims were invalid for lack of written description support. While the patent describes an improvement to DNA sequencing, the breadth of the claims encompassed technologies that Caltech did not invent, including the PCR-based methods on which Promega’s accused products are based. The asserted claims were additionally invalid as anticipated or obvious in view of the prior art, including a prior art patent to Caltech, which expired years ago. Judge Posner also found certain claims invalid for obviousness type double patenting. Defendants appealed various aspects of Judge Posner’s decision and the judgment. Six days after oral argument, the Federal Circuit summarily affirmed the judgment, awarding Promega a complete victory in the case.

Represented a UK-based inventor in a lawsuit seeking declaratory judgment of non-infringement and invalidity of patent claims covering testing methods for Down syndrome during pregnancy.

Represented a Swiss pharmaceutical company in a patent infringement jury trial and subsequent appeal in a case involving analogs of recombinant therapeutic proteins.

Represented domestic pharmaceutical companies in a patent litigation involving methods for the recombinant expression of proteins.

Past results are reported to provide the reader with an indication of the type of litigation we practice. They do not and should not be construed to create an expectation of result in any other case, as all cases are dependent upon their own unique fact situation and applicable law.

Being named to the list or receiving the award is not intended and should not be viewed as comparative to other lawyers or to create an expectation about results that might be achieved in a future matter.